Long range identification and tracking has become crucial for large cruising ships like Mein Schiff 5 (owned by German travel company TUI Cruise), to accurately track the vessel movement. Rich data collected by BlueTraker® lrit are sent for further analysis by APR (Automatic Position Report), which gives a fleet operator the ability to closely monitor in real time vessel activities and analyze the data with their own software.

Accurate positions are essential as the vessel will often have to react dynamically to changes in weather and other vessels on the sea. BlueTraker® lrit pre-scheduled position report feature come into use as the fleet operator is able to see certain waypoints and whether the vessel is on its scheduled time frame. The fleet operator can send in real-time on-demand position report polling to gain positional reports whenever they want. 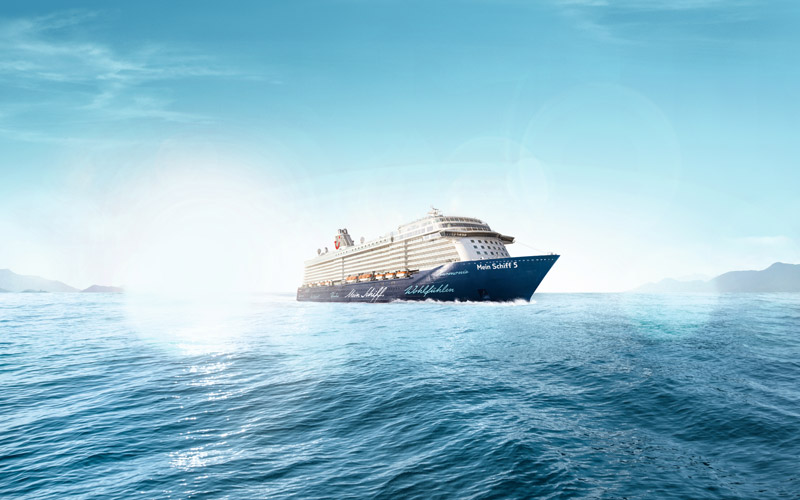 Mein Schiff 5 started its journey in July and will be sailing until October 2016, following North Europe and the Mediterranean. Vessel actual tracking position can be monitored on website: https://tuicruises.com/mein-schiff-5/daten/

Mein Schiff 5 will spend summer operating varied cruises to the Baltic, Norway, Northern and Western Europe. The Caribbean is planned for the winter that’s the reason why the vessel is equipped with a BlueTraker lrit terminal which operates in temperatures ranging between -25°C to 70°C.

For cruise ships that travel in the winter, BlueTraker® lrit Arctic version is the right choice as the unique features of BlueTraker® Arctic product range allow capabilities such as cold starting at temperatures as low as -40°C and operating in the extreme temperature ranges of the Arctic as low as -50°C.

You can find out more about which cookies we are using or switch them off in cookie settings.

This website uses cookies so that we can provide you with the best user experience possible. Cookie information is stored in your browser and performs functions such as recognising you when you return to our website and helping our team to understand which sections of the website you find most interesting and useful.

Strictly Necessary Cookie should be enabled at all times so that we can save your preferences for cookie settings.

If you disable this cookie, we will not be able to save your preferences. This means that every time you visit this website you will need to enable or disable cookies again.

We use Google products such as: Google Analytics and Google Search Console. We use these products to understand how the site is used to improve the user experience. All user data is anonymous. The types of data collected include: IP address, information generated by the browser, e.g. browser type, operating system, access date and time, how long the person is viewing the site, what they are viewing, etc. Click here to review Google's privacy policies.

Please enable Strictly Necessary Cookies first so that we can save your preferences!

You can read more information about the protection of personal data here.